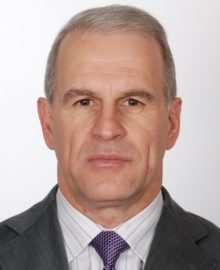 Introduction by the General President

As General President of Mars & Mercury Europe, I would like to address you a couple of thoughts.

In the aftermath of the WWI, former officers and reserve officers wished to maintain frequent contact between men determined to apply in their business relations (Mercury) in the spirit of righteousness and reciprocal esteem learned under arms (Mars). They wanted to make their skills and connections available to all. This is what gave birth to the first Mars & Mercury Circle, and this developped gradually into a European network of national Circles encompassing Germany, Belgium, Denmark, Spain, France, the Grand Duchy of Luxembourg, the Netherlands, Poland and Switzerland.

Each Circle having its national agenda, Mars & Mercury Europe acts an an Inter-Nations Coordination Commission

At this level I set the goal to boost even more Mars & Mercury Europe, on the one hand through an increased interconnectivity between its members, in particular through the establishment of a common electronic platform allowing all voluntary members to exchange their knowledge, experiences and opportunities, on the other hand by an attempt to extend the European circle to new European countries.

The goal is not easy to achieve, let’s face it. Indeed, the reserve officers’ “reservoir” is melting. It will be necessary therefore to resort to innovative ideas to maintain the recruitment in the national Circles. In particular, it will be necessary to involve those responsible in charge of the business world. Also, we need to think about federating with associations of reserve officers who do not have the name of Mars & Mercury, but who share the same value and norms as Mars & Mercury.

My best wishes to all members of Mars & Mercury.