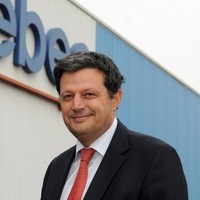 Alexander Dewulf, alumni of the Royal Military Academy (RMA) in Brussels, having completed his studies at the polytechnic division, can boast a military career of which he remains proud. Currently, he is president of the association F.E.E., an association which consists of importers and manufacturers of electro-technical installation equipment on the Belgian market. Also, he is the CEO of CEBEO and Sonepar Belgium. Furthermore, he is president of UEGME association at the European level. It was therefore logical for Alexander to become a member of the Royal Circle Mars & Mercury Belgium.

Following the interview with Mr. Alexander DeWulf, who can take advantage of a career in the military domain, but also and particularly in the civil domain (“Mercurian”), it was important for us to conduct a similar interview with a dedicated authority who can boast mainly a military career (“Marsian”). This interview took place with Honorary Brigadier General Dany Van de Ven, the Vice-President of Mars & Mercury Europe and myself, and again aimed to define how to better develop the objectives of Mars & Mercury Europe.

Dany Van de Ven entered the Royal Military Academy in Brussels as a member of the Faculty of Applied Sciences which he completed in 1975 with a diploma in Civil Engineering in Aeronautical Constructions. After multiple positions especially within the Belgian Air Force, he retired in 2007 and started working for Agoria – the multisectoral federation of technology sectors in Belgium – as director of aerospace and security and defense. At the same time, he became director at BSDI (Belgian Security & Defense Industry), Belgospace and Bruspace. July 1, 2014, he began a career as a consultant to his consultancy company BRIDAN, which deals with aeronautics, space, security and defense.

In 2007, Dany made a presentation about the Belgian Air Force to the Royal Circle Mars & Mercury Belgium. He thereafter became a member of the Club Brabant Mars & Mercury, which he currently chairs as the President.