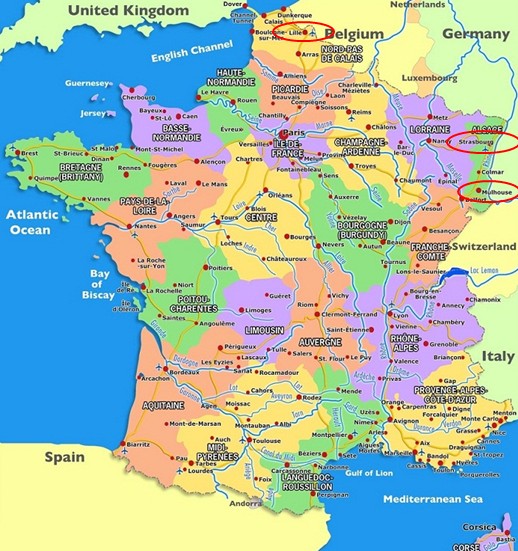 In 1926, in the aftermath of the First World War, former officers and reserve officers wished to maintain frequent contacts, in Belgium and abroad, between men determined to apply the spirit of righteousness and mutual esteem, learned under arms, in their business relations. They wanted to make their skills and relationships available to all. Thus, in 1930, the first Mars and Mercury circle was created, the Royal Circle Mars et Mercure Belgique.

After the Second World War, circles of the same ideology were created, including the Circle Mars et Mercure France in 1958 and the Kreis Mars und Merkur in Germany in 1959.

On March 9, 1960, the President of the French Circle, Hubert Delestree, signed with his German and Belgian colleagues the convention establishing the “Inter-Nations Mars and Mercury Liaison Commission” (CLIMM).

Other circles were subsequently created which joined the CLIMM, notably in the Netherlands in 1960, in the Grand Duchy of Luxembourg in 1964 and in Denmark in 1975.

On November 29, 1991, the members of the CLIMM signed a new agreement creating Mars and Mercury Europe, which aims to be an inter-nations coordination commission and was headed first by José Kuhlmann, President of the French circle and co-founder of the Alsace Club.

The clubs currently in full swing are those of Alsace, Sections Strasbourg and Mulhouse, and Flandre-Artois, concentrated around Lille. They bring together some hundred members.

In the past, major international meetings have been organized such as the “Prestige Days” in Paris in 1988, the 50th anniversary of the landing in Normandy in November 1994, the European Forum under the high patronage of the Minister of Defense Charles Million, with as theme “Which reserve officers for tomorrow”, in Paris in May 1997.

Representatives of the French Circle launched in 1995 negotiations to create the Swiss and Polish Circles which joined Mars and Mercury Europe in 1999, respectively in 2004. For Poland, the members of the Club Ile de France endeavored to achieve the potential objective : “The integration of Polish officers into liberal economy”.

Currently, each club organizes dinner-conferences during which themes relating to either defense and security policy or economic issues are discussed.

Interclub meetings as well as international gatherings are organized, such as the Rhine Days organized since 1993 by the Club Mars et Mercure Alsace.

In addition, the Circle regularly organizes meetings between companies and the central purchasing departments of NATO, EU and French Defense (NAMSA, SGA, DGA, etc.) in order to promote access to business defense markets.

The activities of the Circle