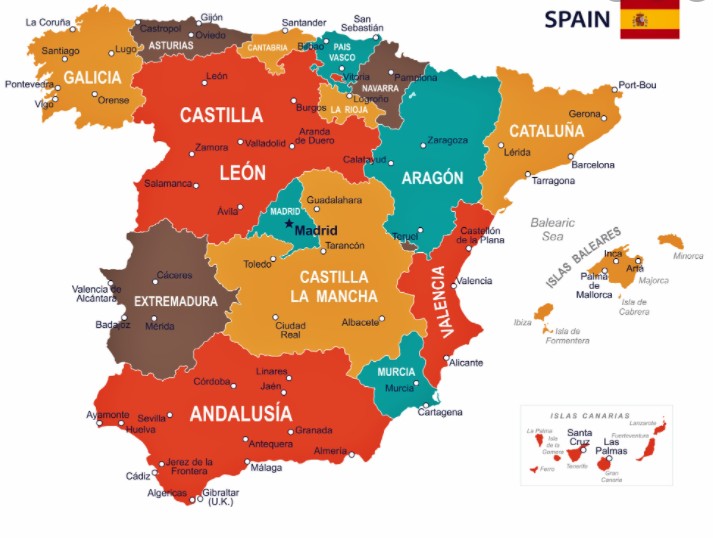 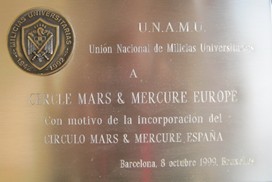 Local contacts were made and the creation of a Mars & Mercury section within UNAMU, called Circulo Mars et Mercure Espagña took place.

The affiliation of Mars et Mercure España was introduced by the President Roy Van Handenhove on 22 August 1999. The membership was unanimously accepted at the General Assembly of Mars & Mercury Europe in Brussels on 8 October 1999.

In 2003, the status of complementary officer, the main source of recruits for Mars & Mercury was abolished, which gave a heavy blow to the enrollment of new members.

The status of contract officer was created, but this creation, along with the decrease in interest of the Ministry of Defence had again a negative influence on the recruitment.

Two Mars & Mercury subgroups within UNAMU with about 20 members each were located in Zaragoza and Madrid, and a third, the largest one with some 50 members, in Barcelona.

In 2007, many of the members were retirees and mainly engaged in personal friendship relations  and commemorations.

The latter even took over the function of General President of Mars & Mercury Europe from 2008 to 2009, but the national recruitment problems increased also due to the increasing antimilitarism of young people.

2011 saw the death of the Zaragoza group’s liaison officer and UNAMU lost interest and members were aging with no new recruitment.

Juan Batista Bartroli died in 2013. Disengagement increased sharply due to the economic crisis, unemployment and health problems – meetings were no longer organized.

The Circulo Mars et Mercure Espagña was reduced to its simplest form.

The time had come to relaunch Mars & Mercury Spain.

Indeed, the secretariat of the former circle Mars et Mercure Espagña informed the members of the Board of Mars & Mercury Europe that a new association was created in Spain in 2019, the association Círculo Ave Fénix, sharing the same values as Mars & Mercury.

Indeed, as a every year a certain number of professionals belonging to the Armed Forces, the Civil Guard and the National Police of Spain change from the active service to various administrative functions provided for by the national regulations, it was recognized that most of these professionals have accumulated a lot of experience following their professional life through multiple assignments, training, courses, as well as through operational missions carried out inside and outside Spain. This professional profile makes them excellent candidates for responsible functions in the Spanish business world, especially in technology companies related to security, defense, logistics and other related fields.

In order to promote this professional integration, as well as to strengthen this civil-military cooperation in the field of business, the association Circulo Ave Fénix was created.

Talks are currently underway to allow for a cooperation between Mars & Mercury Europe and the association Circulo Ave Fénix which currently gathers some 120 members, centered around Madrid and which seeks to extend throughout Spain.