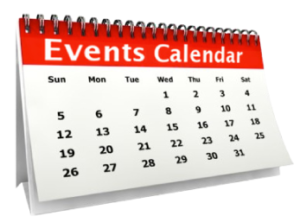 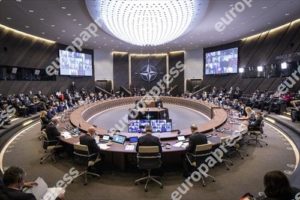 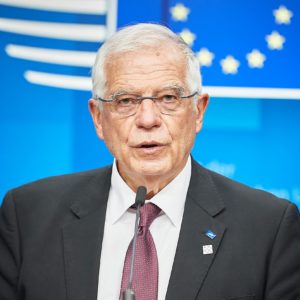 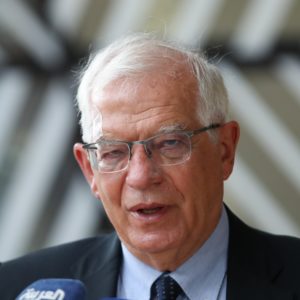 An extraordinary G20 meeting on Afghanistan will be held on Oct. 12, Italy’s Prime Minister Mario Draghi announced. Italy currently holds the rotating G20 presidency and Draghi has been pressing for a meeting on the situation in Afghanistan since the Taliban came to power last month.

“We are heading for a humanitarian catastrophe [in Afghanistan] and it is our duty to intervene,” he told a news conference. He urged G20 members to “do something without conditionality,” emphasizing the need to “save human lives.”

Qatar and the UN will be among the participants. The extraordinary meeting will be held weeks before the summit of G20 leaders in Rome on Oct. 30-31.

Draghi told the UN General Assembly last week that the summit will focus on security, humanitarian aid, and human rights in Afghanistan.

The Italian premier’s announcement came a day after EU foreign policy chief Josep Borrell reiterated “the need for strong coordination among international partners on political and humanitarian aspects, and for carefully calibrating future engagement for the good of the Afghan people.”

Germany called on the EU to enable coalitions of the willing within the bloc to rapidly deploy a military force in a crisis as members discussed the lessons learned after the chaotic evacuation from Afghanistan.

EU efforts to create a rapid reaction force have been paralysed for more than a decade despite the creation in 2007 of a system of battlegroups of 1,500 troops that have never been used due to disputes over funding and a reluctance to deploy.

But the exit of U.S.-led troops from Afghanistan has brought the subject back, with the EU alone potentially unable to evacuate personnel from countries where it is training foreign troops, such as in Mali.

EU foreign policy chief Josep Borrell Borrell urged the bloc to create a rapidly deployable “first entry force” of 5,000 troops to reduce dependence on the United States. He said President Joe Biden was the third consecutive U.S. leader to warn the Europeans that his country was pulling back from interventions abroad in Europe’s backyard.

Asked to comment on the German call, U.S. State Department spokesman Ned Price said “a stronger, more capable Europe is in our shared interests” and that Washington strongly supported enhanced cooperation between the European Union and the U.S.-led NATO military alliance.

The first issue discussed was the safe evacuation of the coalition’s citizens, Afghan staff, and their families. Regarding humanitarian aid and migration, President Michel assured that the EU will do its part to support the safety and proper living conditions of Afghans who flee their country. And that the EU will work with the countries in the region, especially Iran, Pakistan, and central Asia, to address the different needs. He also stressed the importance of preventing the creation of a new market for smugglers and human traffickers, underlining the EU’s determination to keep the migratory flows under control and its borders protected. Concerning to the new Afghan authorities, President Michel explained that it is too early to decide what kind of relations the EU will develop with the new Afghan authorities. On the topic of security issues, the President reminded that cooperation with NATO is key, while remarking on the importance of developing EU strategic autonomy.

The meeting came just one week ahead of the U.S.’s Aug. 31 deadline for the complete withdrawal of its forces from Afghanistan.

The extraordinary meeting of NATO Foreign Affairs Ministers was preceded by an extraordinary meeting the 19 August of the NATO Military Committee with the counterparts representing Resolute Support’s Operational Partners* to discuss the ongoing situation in Afghanistan, their common approach and the continued evacuation of NATO-affiliated staff.

Since the country’s collapse, NATO and Allies have been working round the clock to maintain operations at Kabul international airport and enable NATO, Allied, Partner and affiliated staff to be safely evacuated.

European Union Ministers of Foreign Affairs gathered for an extraordinary meeting to consider the latest developments in Afghanistan. They stressed the need to ensure the safe evacuation of EU citizens and local staff. Ministers called for the protection of all human life and for the immediate restoration of security and civil order with respect for fundamental rights.

Ministers also stressed that cooperation with any future Afghan government will be conditioned on a peaceful and inclusive settlement and respect for the fundamental rights of all Afghans, including women, youth and persons belonging to minorities, as well as respect for Afghanistan’s international obligations, commitment to the fight against corruption and preventing the use of Afghanistan’s territory by terrorist organisations.

Afghanistan : Declaration by the High Representative on behalf of the EU

NATO research on climate change in the Artic

Scientists and engineers from the NATO Centre for Maritime Research and Experimentation (CMRE) have been trying to gain a better understanding of how climate change is transforming the Arctic Ocean.

The group gathered various samples during a sea trial referred to as the Nordic Recognized Environmental Picture 2021 (NREP21). They also laid long chains equipped with sensors along the seabed to monitor temperature changes. NREP21 was part of a joint oceanographic campaign planned in coordination with the Italian Navy Hydrographic Institute’s High North 2021 programme. NREP21 was conducted in the Greenland Sea from 11 June until 12 July 2021. The goal is for NATO Allies to better understand the implications of climate change for defence and security and to learn how NATO can adapt to upcoming scenarios in the changing Arctic region.

The Foreign Affairs Council adopted a decision setting up an EU military training mission in Mozambique (EUTM Mozambique), with the aim of training and supporting the Mozambican armed forces in protecting the civilian population and restoring safety and security in the Cabo Delgado province.

Ministers approved conclusions on a Globally Connected Europe and exchanged views on geopolitics of new digital technologies, Ethiopia and the Strategic Compass. Under current affairs, the Council was informed about Afghanistan, Lebanon, the video conference between the Chinese State Counsellor/Foreign Minister Wang Yi and the EU High Representative on 8 July, as well as the visit of some EU Foreign Affairs Ministers on behalf of the High Representative to South Caucasus. Over a working lunch, ministers had the opportunity to informally exchange views with the Israeli Ministers of Foreign Affairs and Alternate Prime Minister, Yair Lapid.

The recent bilateral summit between presidents Joe Biden and Vladimir Putin has launched a geopolitical summit craze. On June 24, German Chancellor and French President launched a spectacularly ill-conceived effort to secure an EU-Russia summit that immediately fell apart. The next day, China’s Ministry of Foreign Affairs announced a video conference between Putin and Xi Jinping.

The video conference made for decent theater. The two leaders marked the upcoming 20th anniversary of the bilateral signing of their nations’ 2001 Treaty of Friendship and ran through the traditional laundry list of thematic priorities: the extension of said treaty, reaffirmation of the value of the strategic partnership, boilerplate statements about the Belt and Road Initiative and Russia’s Greater Eurasia Partnership, and the same about the Northern Sea Route. Nowhere, however, was there any public statement of a significant new policy development regarding a wide range of areas of mutual interest.

EU leaders met in Brussels for a two-day summit. On 24 June, they discussed COVID-19, migration, external relations, including Turkey, Russia, Lybia, Belarus, Sahel and Ethiopia and cybersecurity. They also met UN Secretary-General António Guterres over lunch. In the evening, they discussed the EU fundamental value of LGBTIQ non-discrimination. On 25 June economic recovery and the challenges for the euro area were on the agenda.

The NATO alliance plans to procure new cyber defense systems to replace aging platforms, with contracts worth tens of millions of euros coming online before the end of 2021.

This program, part of a series of cybersecurity technology refresh efforts being run by the NATO Communication and Information Agency (NCIA), will start in early 2022 and be worth about 27 million euros (or $32 million).

France and Germany have suggested inviting Vladimir Putin to a summit with the EU as part of a broader reset of the bloc’s relations with Russia.

The proposal from Emmanuel Macron and Angela Merkel comes after Joe Biden’s Geneva Summit with the Russian President, and supporters of the idea argue that European leaders can deliver the same direct messages about Russian behaviour while keeping the door open to compromise and cooperation.

“We, President of the United States of America Joseph R. Biden and President of the Russian Federation Vladimir Putin, note the United States and Russia have demonstrated that, even in periods of tension, they are able to make progress on our shared goals of ensuring predictability in the strategic sphere, reducing the risk of armed conflicts and the threat of nuclear war.  The recent extension of the New START Treaty exemplifies our commitment to nuclear arms control. Today, we reaffirm the principle that a nuclear war cannot be won and must never be fought. Consistent with these goals, the United States and Russia will embark together on an integrated bilateral Strategic Stability Dialogue in the near future that will be deliberate and robust. Through this Dialogue, we seek to lay the groundwork for future arms control and risk reduction measures.”

The EU-US Summit marked the beginning of a renewed transatlantic partnership and set a joint agenda for EU-US cooperation in the post-pandemic era. The leaders committed to regular dialogue to take stock of progress.

Good evening. Before I turn to today’s meetings, I want to say a short word about our ongoing fight against COVID-19 at home. We made enormous progress in the United States, much of the country is returning to normal. And our economic growth is leading the world, and the number of cases and deaths are dropping dramatically, but there’s still too many lives being lost. We’re still averaging in the last seven days the loss of 370 deaths per day. That’s significantly lower than at the peak of this crisis, but it’s still a real tragedy. 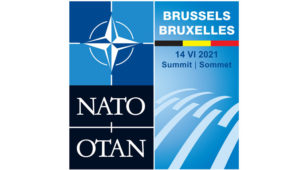 The 2021 Summit is announced as a unique opportunity to reinforce NATO as the enduring embodiment of the bond between Europe and North America. The Summit will address decisions on the substantive and forward-looking NATO 2030 agenda to deal with the challenges of today and tomorrow: Russia’s aggressive actions, the threat of terrorism, cyber-attacks, emerging and disruptive technologies, the security impact of climate change, and the rise of China.

The NATO summit will take place as NATO and US troops are withdrawing from Afghanistan, the alliance’s biggest and most challenging operation ever.

Prime Minister Boris Johnson brought the world’s leading democracies together to reach major new agreements to help the world fight, and then build back better from coronavirus and create a greener, more prosperous future.

“We need to make sure that as we recover, we level up across our societies, we build back better. And I actually think we have a huge opportunity to do that, because as G7, we are united in our vision for a cleaner, greener world, a solution to the problems of climate change. And in those ideas, those technologies, which we’re all addressing together, I think there is the potential to generate many many millions of high wage, high skilled jobs. And I think that is what the people of our countries now want us to focus on. They want us to be sure that we’re beating the pandemic together, and discussing how we’ll never have a repeat of what we’ve seen, but also that we’re building back better together.”  Prime Minister Boris Johnson